A few weeks ago I did a study on Rahab during my quiet time.  Prior to my study, I had heard about Rahab but wasn’t super familiar with her story.  Quick recap/summary:  she was a prostitute living in Jericho at the time Joshua was getting ready to lead the Israelites into the promise land.  She lived along the wall of Jericho and eventually hid two of the Israelite men in her home while the King searched for them.  Then she let them escape out of her window with a rope.  Because of this, the Lord promised Rahab safety and spared her and her family’s life when the Israelites burned down the city. (Joshua 2, if you wanna read)

First, she was a prostitute.  When I initially hear the word “prostitute” I recoil in second-hand embarrassment and self-righteousness.  I cannot imagine the depths of her shame, the sting of her label as a prostitute.  She probably felt like she would never be more than the woman who sells her body to men.  But then, I’ve felt that way too (not about prostitution) but that I can’t escape the shame of my past.  Party girl, serial dater, careless spender, gossiper, unfaithful.  The list goes on and on with the labels that I have placed upon myself or have been placed upon me by others.  And suddenly, I’m identifying with Rahab.  I can feel the heavy burden on her shoulders and chest because I feel it on mine.

That rope was the central line, the main artery to her deepest shame and regret.  But God, God used that same rope to save her life and redeem her.  The thing that was the symbol of her sin became her way to salvation.

I have been a touch on the emotional side lately anyways, but identifying with Rahab…her shame and her redemption….moved me to all the happy tears.  I hope you’re as encouraged as I am that God will use our biggest failures, deepest fears, biggest sources of shame, to ultimately save and redeem our lives and the lives of others.  He is so good. 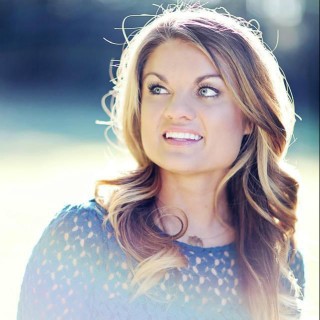